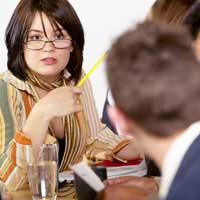 Discussions of sexuality and sexual orientation can become confusing due to the variety of technical terms, jargon and acronyms that are related to such subjects. If individuals do not understand what is meant by each term, then the chances of effectively communicating on any of the subjects is greatly reduced. To avoid any communication problems in discussions of sexuality, use this glossary to help you define some unfamiliar terms.