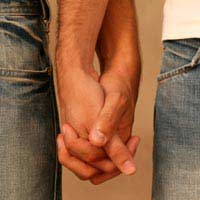 Finding out about your own sexuality can be a confusing, exhilarating, anxious, wonderful yet lonely time. If you feel like you are unable to talk to your family and friends about what you are experiencing, you may be able to find someone to talk to at an organisation dedicated to supporting those exploring their sexuality. The organisations below all seek to offer help and support to those who need it.

The Beaumont Society is “a national self help body run by and for those who cross dress or are transsexual.” The Society welcomes all transgender people as well as their partners. It is the largest and longest established transgender support group in the UK. The Society publishes a quarterly Magazine and members-only Bulletin.

The Beaumont Trust is a charitable organisation which supports individuals affected by issues relating to transsexualism and transvestism. It holds two objectives: to relieve the stress caused by transsexualism/transvestism and to educate the public about these conditions. The Beaumont Trust seeks to work with those directly affected as well as families, friends and professionals working with those affected by gender dysphoria. It operates a helpline on 07000-287878 (0700-BTrust).

Families and Friends of Lesbians and Gays (FFLAG)

FFLAG is a national support organisation as well as a registered charity dedicated to support parents and their children who are gay, lesbian and bisexual. It provides support to local groups as well as acts as a vehicle for information exchange between these groups and parents. It offers leaflets for anyone seeking help speaking about their own, or a family member’s or friend’s, sexuality as well as produces two newsletters each year filled with news, personal stories, letters, book reviews and updates from organisations FFLAG works with. FFLAG can be contacted on 0845 652 0311.

The Lesbian and Gay Foundation

The Lesbian and Gay Foundation is a North-West based charity which provides the most direct services and resources to the most number of lesbian, gay and bisexual people of any similar charity in the UK. It seeks to support individuals, strengthen communities, promote equality and develop excellence in it’s own people, systems and procedures. It particularly offers support regarding coming out, homophobia, health and wellbeing, HIV, sex and relationships, social life, rights and equality. The Foundation runs a helpline on 0845 3 30 30 30.

The London Lesbian and Gay Switchboard offers information, advice and a referral service to anyone considering their own sexuality. This includes lesbians, gay men, bisexual individuals and trans people. All Switchboard volunteers identify as lesbian, gay or bisexual. The helpline can be reached on 020 7837 7324 and is open from 10am to 11pm every day of the year. The Switchboard also offers information on sexual health, hate crime reporting and a public access database of services catering to the lesbian, gay, bisexual, trans community.

Mermaids is a support group for children and teenagers who experience gender identity issues. The group also seeks to support the parents and other family members of these children and teens. In addition, Mermaids also provides training and support to those who work with children and teens experiencing these issues, such as health professionals, educators and police officers. The telephone information and listening service can be accessed on 0208 1234 819.

Stonewall is an advocacy group known for its lobbying and campaigning for a more equal society. It also produces publications on a range of topics including hate crimes and homophobic bullying in schools, as well as conducts research, hosts events, works with schools and employers, runs a free information service and provides speakers for conferences and events. It has offices in England, Scotland and Wales and runs a support line on 08000 502020.
Next Page

Putting Together a GLBT Support Organisation