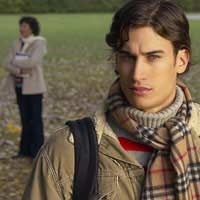 Homosexuality is often recognised as the most common "minority sexuality" in both the United Kingdom and the world. The term "gay" often refers to homosexual individuals, particularly men, while the term "lesbian" describes homosexual women. The term "queer" was once an insulting term for homosexuals, but has since been reclaimed and is now an accepted term for homosexuals and homosexuality in gay communities. Queer Theory is also an established area of investigation in both gay and lesbian studies as well as feminist and women's studies. Homosexuals often use a rainbow symbol to denote their sexual orientation, often in a flag form that is sometimes called the "freedom flag".

Bisexuality is often recognised as the least common "minority sexuality" in both the United Kingdom and the world. The term "bi" is modern slang for a bisexual, though it is not necessarily insulting or derogatory and many bisexuals describe themselves as "bi". Though bisexuals feel sexual attraction to individuals of both their own and the opposite sex, this attraction may not be equal. The individual may feel stronger feelings for, or have feelings more often for, one sex instead of the other with no regard to his or her own sex.