Sexual Orientation and the Law 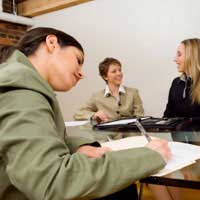 Bisexuality is often recognised as the least common "minority sexuality" in the world. The term "bi" is modern slang for a bisexual, though it is not necessarily insulting or derogatory and many bisexuals describe themselves as "bi". Though bisexuals feel sexual attraction to individuals of both their own and the opposite sex, this attraction may not be equal. The individual may feel stronger feelings for, or have feelings more often for, one sex instead of the other with no regard to his or her own sex. Asexuality, or a sexual orientation characterised by no feelings of sexual attraction, is not always recognised as a sexual orientation. It has been reported that only about 1% of the world's population identifies as asexual.

In 2003 the Employment Equality (Sexual Orientation) Regulations extended protection to all workers by outlawing discrimination due to sexual orientation in employment. These Regulations came about as a result of a European Union Directive that required such protection for "sexual minorities". In 2007, the Sexual Orientation Regulations extended this protection to outlaw discrimination arising from an individual's membership in a civil partnership. In these pieces of legislation, "sexual orientation" is defined as attractions to members of the same sex, the opposite sex or both, meaning that their protection extends to heterosexuals, homosexuals and bisexuals equally. In October 2007, Justice Secretary Jack Straw also announced plans to make inciting hatred due to sexual orientation an offence in the Criminal Justice and Immigration Bill.

When the United Nations' Universal Declaration of Human Rights (UDHR) was adopted in 1948 it did not contain reference to sexual orientation, nor were there any mechanisms built into the document to allow it to expand to include other subjects in the future. This means that sexual orientation is not discussed in the foremost document on human rights around the world. Many individuals, organisations and nations are actively trying to rectify this situation, however, and to include sexual orientation in all discussions of human rights. The International Gay and Lesbian Human Rights Commission is one such organisation working to secure equal rights and legal protection for individuals of all sexual orientations.