How are Human Rights Protected? 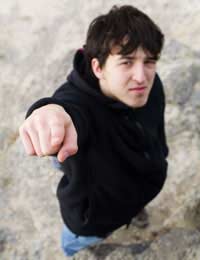 Human rights, the rights attributed to human beings simply because they are human beings, are an internationally recognised concept. These rights are acknowledged as universal (that is, shared by all people regardless of age, race, sex, religion, location, or any other factor) and include such basic rights as life, free speech, freedom of religion/worship, freedom from torture or inhumane treatment, education and work, an adequate standard of living and housing, fair trials and the ability to participate in social, cultural and political activities. Human rights are protected in a variety of ways, including in international treaties, national legislation and by watchdog organisations.

The foundation of most international human rights law is the Universal Declaration of Human Rights (UDHR) which was passed unanimously by the United Nations in December, 1948. This document was reaffirmed, again unanimously, at the Vienna World Conference on Human Rights in 1993. In addition to the UDHR, the United Nations also works a treaty system on human rights which includes seven other treaties:In Europe, the European Convention on Human Rights (ECHR) was adopted by the Council of Europe in 1950.

In the United Kingdom, the Human Rights Act of 1998 was adopted to reinforce the UK's commitment to human rights and to make it possible for cases concerning human rights to be heard in UK courts rather than having to be taken to Strasbourg before the European Court of Human Rights. The Human Rights Act of 1998 is in force in England, Wales and Northern Ireland. The Scotland Act 1998 also guarantees that the Scottish Executive and Scottish Parliament can not do anything contrary to the European Convention on Human Rights.

Unfortunately, treaties and legislation do not always protect human rights as they should. In response to breaches of human rights across the world, a variety of organisations have developed to help watch over international practices and to raise the alarm when human rights are not respected. Amnesty International, Liberty and Justice are just a few such organisations which operate in the United Kingdom. Though these groups are unable to actually enforce human rights laws, or to stop breaches of human rights when they occur, they can document the breaches, increase public awareness of the situations and even create media attention on certain matters. For further information on the work done by a particular organisation, how to assist a particular organisation or how to become a part of any such organisation, please visit the official website.

Human rights are acknowledged as universal around the world, though unfortunately they still need protecting. International treaties, national legislation and a variety of watchdog organisations all help to protect human rights around the globe.