How Human Rights Are Defended 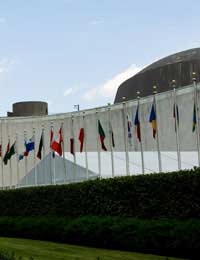 Human rights are those rights which are attributed to human beings simply because they are human beings. These rights are acknowledged worldwide, and therefore can be considered to be universal (shared by all people regardless of age, race, sex, religion, location, or any other factor). The rights to life, free speech, freedom of religion/worship, freedom from torture or inhumane treatment, education and work, an adequate standard of living and housing, fair trials and the ability to participate in social, cultural and political activities are all considered basic human rights. Human rights are protected and defended in a variety of way, including through international treaties and legislation, in courts and by watchdog organisations.

Human rights are protected by a variety of international treaties as well as through specific national laws. The foundation of most international human rights law is the Universal Declaration of Human Rights (UDHR) which was passed unanimously by the United Nations in December, 1948. This document was reaffirmed, again unanimously, at the Vienna World Conference on Human Rights in 1993.

Most countries also have specific legislation which protects the human rights of its citizens. In the United Kingdom, the Human Rights Act of 1998 was adopted to reinforce the UK's commitment to human rights and is in force in England, Wales and Northern Ireland. The Scotland Act 1998 also guarantees that the Scottish Executive and Scottish Parliament can not do anything contrary to the European Convention on Human Rights.

Defending Human Rights in the Courts

In countries which have specific human rights legislation, supposed breaches of this legislation can be taken to the national courts as stipulated in the country's own laws. In the United Kingdom, for example, the Human Rights Act of 1998 makes it possible for cases concerning human rights to be heard in the UK. Larger courts dedicated to only human rights issues also exist. The European Court of Human Rights in Strasbourg, for example, hears cases from countries which ratified the European Convention on Human Rights. The International Criminal Court, which is governed by the Rome Statute signed by 105 countries (including the United Kingdom), also exists as a court of last resort to try those accused of genocide, crimes against humanity and war crimes. The International Criminal Court will not, however, hear cases that are being or have been investigated and/or prosecuted in an individual country unless it is evident that those proceedings were not sincere and genuine.

Unfortunately, treaties, legislation and the courts can not always protect human rights as they should because they can only put in writing what should (and should not) happen to citizens and their judgements can only take into account what has already happened. Though it is largely up to individual countries to defend the human rights of their own citizens, and sometimes it is the role of international peacekeeping forces to do so in areas of conflict, some organisations have come together voluntarily in defence of human rights worldwide. These organisations can not enforce human rights laws, nor can they physically stop breaches of human rights when they do occur, but they can document the breaches, increase public awareness of events and even focus media attention on ongoing situations. Amnesty International, Liberty and Justice are just a few such organisations which operate in the United Kingdom today.