Home > Human Rights > Women's Rights in the UK and Abroad 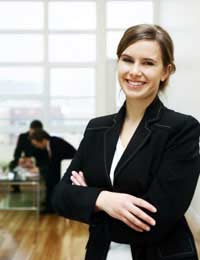 "Women's rights are human rights" is a phrase that is often used to remind society that even though they are human beings and therefore deserving of human rights, women are often denied fair and equal treatment - and full access to their human rights - under the law. In modern history, suffragettes were some of the first vocal and organised women to demand their rights as human beings and citizens of the United Kingdom, most specifically the right to vote. Since the 20th century women in the United Kingdom have fought hard to be equally protected under the law and today members of both sexes are guaranteed legal equality. Unfortunately, sexism and sexual harassment still exist, meaning that not everyone fully believes in the equality of the sexes and that males and females both deserve full access to their human rights.

Sexism and the United Kingdom

Sexism, also referred to as sexual discrimination, is the unfair treatment of individuals of a certain sex (usually females). Sometimes sexual discrimination is described at the organisational level, as a system or policy of treating one sex unfairly or at the individual level when certain people hold these beliefs on their own. Sexual discrimination may be practiced to benefit one sex, or simply because one sex is thought to be inferior. In the United Kingdom, a variety of laws exist to stop sexism and to provide equal rights to both males and females. The Sex Discrimination Act of 1975 protects individuals from being discriminated against in employment, vocational training, education, the provision and sale of goods, facilities and services, premises and the exercise of public functions due to their sex/gender. The Equal Pay Act of 1970 mandates equal pay for equal work regardless of an individual's sex/gender. The Sex Discrimination (Gender Reassignment) Regulations 1999 also protect the rights of individuals who intend to undergo, are undergoing or have undergone gender reassignment. These Regulations pertain to pay and treatment in employment, self-employment and vocational training.

Sexual Harassment and the United Kingdom

Women's Rights Around the World

Unfortunately, not every nation has laws which make sexism and sexual harassment illegal meaning that women's rights are not protected around the world. The Convention on the Elimination of All Forms of Discrimination Against Women (CEDAW) is an international standard relating to women's rights, but it is not necessarily legally enforceable even in the countries which have signed and ratified it. CEDAW is a single document that does many things. It defines discrimination against women and includes advice on national action plans for ending discrimination against women. Most notably the countries which have ratified CEDAW have agreed to add the principle of equality of the sexes to their justice system (both by abolishing discriminatory laws and adding laws guaranteeing equality). These countries have also agreed to establish public bodies to protect the rights of women and to work to eliminate acts of discrimination against women by individuals and organisations. The United Kingdom signed the Convention in 1981 and ratified it in 1986.

Though women are very obviously human beings, their human rights are not necessarily respected and protected. The United Kingdom has a variety of laws in place to challenge sexism and sexual harassment, but neither has yet to be eliminated fully.

Breach of Human Rights
Share Your Story, Join the Discussion or Seek Advice..
@Barny - as this is rather a complex issue, I think it may be best if you could speak to someone directly. I suggest you speak to Acas, via the link here. If you call its helpline, an advisor will give you some much needed free advice. I hope this helps.
AboutEqualOpportunities - 17-Feb-15 @ 9:52 AM
having copd I was of work with exacerbation went back to work after 4 days ,had back to work interview with manager ,things happened in the meeting and I stormed out of the meeting ,later on he alleged I used threatening behaviour towards him ,I was suspended on full pay while this was investigated, just over a week later was told to return to work which upon I was taken of my charge hands job and dropped £1.00 per hour then on the second day back I was told to go on a job that uses a very strong smelling substance was told to get on with it and were a mask ,anybody that knows anything about copd knows it hard to breath the best of times without having a mask over your mouth and nose there were other jobs that I could have done but the manager wanted me to use this stuff for the unforeseeable future think he just wants rid of me i have gone on the sick as I do not want another copd exacerbation which I know will happen if I use these substances ,its even has wrote on the product irritant to respiratorysystem they know I have copd for about 3 yearsbut obviously not bothered about my well being can anyone please give me advice what to do with the bully thanks
barny - 14-Feb-15 @ 2:44 PM
Title:
(never shown)
Firstname:
(never shown)
Surname:
(never shown)
Email:
(never shown)
Nickname:
(shown)
Comment:
Validate: