Home > Equality & Race > What is Racism and How to Avoid it?

What is Racism and How to Avoid it? 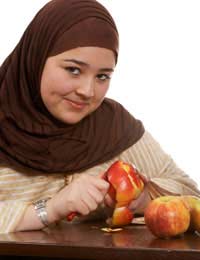 Racism, also widely known as racial discrimination, is still exhibited in societies across the world and sadly still persists in the United Kingdom. Though there are laws that protect the rights of all individuals, regardless of race, there are also still individuals and organisations that prefer to believe some races are inferior and to treat individuals of these races in a second-class, if not worse, manner. Many individuals in the United Kingdom understand that to treat individuals differently on account of their race or skin colour is unfair, but not everyone can see the big picture. Below are some basic answers to frequently asked questions about racism and racial discrimination.

Racism is the unfair treatment of, or outright hatred of, individuals of a certain race. Sometimes racism or racial discrimination is described at the organisational level, as a system or policy of treating one (or multiple) races unfairly. Racism may be practiced to benefit one race, or simply because one or more other races are thought to be inferior.

Who Does Racism Affect?

Yes. The Race Relations Act 1976 protects individuals from being discriminated against in employment on the grounds of colour, race, nationality, religious beliefs or ethnicity. This Act does not distinguish between whether racist practices were done on purpose or not, it is concerned only with the fact that racial discrimination was the result whether by direct discrimination, indirect discrimination, harassment and/or victimisation. All further amendments and extensions of this Act must also be followed.

Can Racism Be Reported If It Does Occur?

Absolutely, and it should be. If it is believed that racism and/or racial discrimination has taken place in breach of the Race Relations Act 1976 and it's amendments and extensions then going to court is one way of reporting and hopefully ending racist practices. Reporting racism to local authorities is another method of calling attention to inappropriate practices, particularly if racism is experienced while receiving health or social care. Finally, reporting racism to organisations working for equal rights may also help to eradicate such behaviours. The Equality and Human Rights Commission, One Workplace, Rewind and the Race Equality Foundation all work for racial equality and fight against racism in the United Kingdom.

Can I Make A Difference In the Fight Against Racism?

Most definitely. Fighting racism and racial discrimination does not need to be about worldwide or life changing actions. Instead, every time an individual reconsiders a stereotype, speaks out against discrimination, ceases to make sexist jokes and references, tells others that such jokes and references are unacceptable, and does all that (s)he can to learn from the talents of each individual, regardless of race or skin colour, then discrimination is being fought. Hopefully racism and racial discrimination will soon become a thing of the past, but until then everyone can play a part in helping it to end.

Fighting Racism in the Community
Share Your Story, Join the Discussion or Seek Advice..
What might be helpful is giving telephone numbers for reporting racial discrimination. how do we report it? Who do we report it to? In this case, Lloyd's TSB have stated categorically that they will not allow Romanians to have an account with them. Who the heck do you report that to? How can they be made to pay? Can the girl discriminated against obtain compensation for the worry and embarrassment she has suffered since January? She has asked every week when will her account be opened, and it took until the 16th of March before the bank told her that they could not accept Romanian ID, (passport, ID card, utility bills, hospital appointment cards and a sworn affidavit as to her identity were offered). What can she do about that - and why is your site so devoid of complaint procedure information?
Ouldbob - 18-Mar-12 @ 4:45 PM
Title:
(never shown)
Firstname:
(never shown)
Surname:
(never shown)
Email:
(never shown)
Nickname:
(shown)
Comment:
Validate: