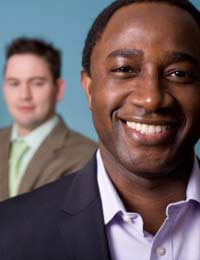 Racism, or discrimination against an individual due to his or her membership of a particular race, is still a problem across the United Kingdom. Racism can be blatant or subtle, intended or unintended, but wherever it exists it hurts everyone. Discriminating against individuals of any race makes it acceptable to discriminate against members of every race, so no one is protected or safe where racism flourishes. Communities can have a large impact on stamping out racism in their midst. Defining racism as a community, coming to understand its effects in new urban communities and dealing with discrimination within the community are all important topics that communities can address to ensure equality for all members.

Defining Racism as a Community

Racism in formal arenas such as employment and education is clearly defined by the Race Relations Act 1976 and all of its amendments and extensions. However, racism in informal settings may need to be defined by communities themselves. These definitions do not need to be formal or lofty, they don’t even need to be written down, but it should become clear by both words and actions that the community does not tolerate racism. Only when all members are aware that the community condemns all forms of racism, in all situations, can everyone feel equally protected living and working within it.

New urban communities are those that are re-embracing the more compact lifestyle that comes from urban living. These communities can be in urban or suburban areas, but the main point of them is to embrace living as a community and building community infrastructure to enhance everyone’s quality of life. However, no new urban community can flourish if racism is allowed to take hold. No matter how great the infrastructure, racism divides communities. Only by ensuring equality for all members can communities best protect everyone and make the most of the many talents living within them.

Dealing with Race-Based Discrimination in the Community

If racism does occur in a community it should be met with immediate and emphatic condemnation. Some members of the community may wish to speak with offenders personally, while others may feel more comfortable showing their support for those who were victimised. Communities do not need to turn into cults forcing their members to act a certain way, but community members should know that acting inappropriately will have legal and/or social ramifications. However, no community should match racist behaviour with inappropriate behaviour of their own. Teaching members, rather than punishing them, is the best way to help fight racism or any other form of discrimination in the community.

Racism is a form of discrimination based on an individual’s race. Fighting racism in the community is important to helping all members feel valued and protected. To this end, communities must communicate with members their views on racism, realise how racism divides communities, and deal with those who continue to engage in racist words or actions. Racism should never be fought with inappropriate or illegal retribution, but rather communities should strive to educate those who perpetrate racism against others so that everyone can learn the importance of equality.

Racism in the Classroom
Share Your Story, Join the Discussion or Seek Advice..
@Geordie - this is not permissable and there is action you or the family can take. As specified in the article: fighting racism in the community is important to helping all members feel valued and protected. Please see Ask the Police link herewhich may be of help.
AboutEqualOpportunities - 27-Apr-15 @ 12:59 PM
We have a neighbour on our court that continuously gives polish family harassment &verbal abuise &threats of violence to there house&family ,picking on a 15yrs old girl,making up lies about this person & bullying this person but the police&places for people do nothing about it ,she's been known to poo in there garden &leave rubbish in there garden but nothing ever gets done ,she says she's untouchable as places for people are scared of her
Geordie - 24-Apr-15 @ 5:36 PM
Title:
(never shown)
Firstname:
(never shown)
Surname:
(never shown)
Email:
(never shown)
Nickname:
(shown)
Comment:
Validate: