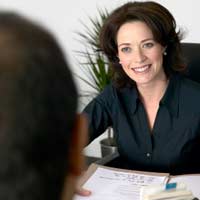 It can be unsettling to discover that you are being paid unequally from peers who carry out the same work, but you must confront this situation if you hope to make things more equal in your workplace.

Discussing unequal pay with an employer can be a hard act for many employees, but by avoiding this situation you are knowingly settling for unfair pay practices. Instead, prepare well for the discussion, ask for a private meeting with those who can make decisions and follow-up as needed if you feel that nothing is being done.

Preparing For a Discussion About Unequal Pay

The worst thing you can do when confronting unequal pay for equal work is to go into a meeting unprepared. Conduct informal polls around your industry to find out what an average wage is for your position. Looking at current advertisements for positions similar to your own should help you get a feel for what is considered an appropriate pay range. Make sure that similar positions ask the same things and have the same responsibilities as your position though, so that no one can argue that other jobs require more.

If possible, look around your own company for other workers who feel that they receive unequal pay for equal work and then work together to identify unequal practices affecting everyone. Obtain copies of all of your company’s policies regarding wages, wage reviews, seniority, longevity and anything else that might contribute to one’s rate of pay and then decide if you are going to discuss only instances of unequal pay for equal work or if you are interested in making a case for systemic discrimination by your employer.

Asking For a Private Meeting

Asking for a private meeting can be difficult, particularly when you must give a reason for the appointment and hesitate to say anything related to pay. It may be that an employer attempts to put you off, especially if you undergo yearly reviews or other annual meetings which tend to discuss pay. If you can’t get an appointment because of the subject, then consider changing to reasons such as “career development”, “employment practices” or even “discrimination”. Ask for the highest level boss you can get an appointment with so that you can feel confident the person you are speaking with has some ability to make changes.

Don’t approach the meeting as a victim, or as if you are somehow asking for special consideration. Instead, approach the discussion as a valued employee with a lot to offer the company, and one who isn’t afraid to stand up when discriminated against. This is not the time to make grand gestures though, so remain calm and in control with what you are asking. Don’t threaten to quit or sue if you won’t follow through, and don’t allow others to make you feel as though you were a snoop for uncovering the unequal pay issue. Remember, some employers operate on the idea that they won’t pay anyone any more than they absolutely have to, so make it clear that by law they do have to pay you the same amount for the same work as others.

Regardless of how the unequal pay for equal work discussion ends you may find yourself waiting for others to get back to you about your pay. Waiting a week or two may be required if a number of other people must be involved in the decision, but once this time stretches into several weeks with no contact you should not be afraid to follow-up yourself. Document each time you put in a call to someone as well as when it is returned and what is said at the time. If calls are not returned, note this too.

Use emails or memos so that you have a paper trail of your efforts. If your HR department or union has not been involved thus far, you may need to contact them for assistance at this point. You’ll also need to decide how far you want to take your case, because eventually you may find that you get no satisfaction from your own enquiries and considering whether or not a solicitor could get more answers on your behalf.

Discussing unequal pay with an employer will never be nice, but it may be necessary to ensure that you are paid fairly for your work. Preparing well, asking for a private meeting and following up as needed are all important steps in confronting unequal pay for equal work.