Definition and Explanation of "Gender" 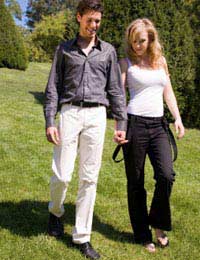 The term "gender" is often confusing to people, not the least because definitions are either vague or overly technical and in academia debates still rage on the topic. For most common purposes, however, "gender" is used interchangeably with the word "sex" to denote whether a person is a male or female. When used in discussions of human rights and equal opportunities, "gender" is a synonym for "sex" and it is usually discussions of women's rights and equal opportunities that are of foremost concern.

A variety of laws work to provide equal rights to males and females in the United Kingdom. The Sex Discrimination Act of 1975 protects individuals from being discriminated against in employment, vocational training, education, the provision and sale of goods, facilities and services, premises and the exercise of public functions due to their sex/gender. The Equal Pay Act of 1970 mandates equal pay for equal work regardless of an individual's sex/gender. The Sex Discrimination (Gender Reassignment) Regulations 1999 also protect the rights of individuals who intend to undergo, are undergoing or have undergone gender reassignment. These Regulations pertain to pay and treatment in employment, self-employment and vocational training.

Sexism in the United Kingdom

If it is believed that any of the above Acts (and/or their amendments) have been breached then going to court is one way of reporting, and hopefully ending, sexist practices in the United Kingdom. Reporting sexism to local authorities is another method of calling attention to inappropriate practices, particularly if sexism is experienced while receiving health or social care. Reporting sexism to organisations working for equal rights may also help to eradicate such behaviours. The Equality and Human Rights Commission and the Women and Equality Unit are both organisations that strive for equality and fight against sexism in the United Kingdom.

Women's Rights Around the World

Many individuals will make discriminatory remarks or jokes about individuals of the other sex/gender because they are ignorant, but often such asides and jokes seem harmless and are just meant to get a laugh. Unfortunately even something that seems like harmless fun can be painful to others and have wide-reaching consequences. If it is safe to do so, confront such individuals with a short, no-nonsense approach such as by saying "I can't believe you just said that" or "What a disgusting sentiment".

When faced with more overt discrimination, many individuals choose to educate others about why these practices are inappropriate. Often educating others about the meaning of sex/gender is the first step in this process since it allows others to see that people of both sexes/genders are equally able and have much to offer. If this is not enough to stop sexism then educating others about the law and the consequences of discrimination - particularly if it pertains to their freedom or livelihood - may get them to stop their discriminatory thoughts or practices. If not, reporting discrimination and getting authorities involved will hopefully cause sexist practices to cease even if it might not change the perpetrator's attitudes.