Disability Discrimination and the Law 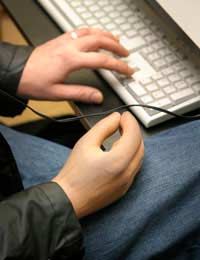 Disability discrimination, or the second-class treatment of individuals living with physical, mental and/or emotional disabilities, is both inappropriate and in many situations illegal in the United Kingdom. A variety of UK legislation outlaws discrimination due to disability, and international disability rights are now protected by the United Nations Convention on the Rights of Persons with Disabilities. When discrimination due to disability does occur there is also a variety of ways that individuals can help to fight it – and hopefully erase it from our society.

A variety of legislation makes discrimination against individuals with disabilities illegal in the United Kingdom.

The foremost legislation protecting the rights of citizens with disabilities is the Disability Discrimination Act (DDA) of 1995 which has since been amended and extended, including in 2005. The DDA prohibits discrimination in the areas of employment, education, access to goods, facilities and services and the buying or renting of land or property. The DDA also requires public bodies to promote equal opportunities for individuals with disabilities and sets minimum standards for public transport so that disabled individuals can have equal access.

The Special Educational Needs and Disability Act 2001 amends and extends the DDA, and the Mental Health Act of 1983 protects the rights of individuals with learning disabilities and/or mental health concerns.

Fighting Discrimination Due to Disability

Discrimination against individuals living with disabilities is currently being fought at a variety of levels across UK society. At the governmental level such discrimination is being fought with legislation such as the Disability Discrimination Act of 2005 and the push towards the ratification of the United Convention on the Rights of Persons with Disabilities. On the organisational level, groups such as the Equality and Human Rights Commission work to ensure equal opportunities for all.

On a more personal level, every time an individual reconsiders a stereotype, speaks out against discrimination based on disabilities, gets to know a disabled member of their community, ceases to make jokes or pointed references to disabilities, tells others that such jokes and references are unacceptable and does all that (s)he can to learn from the talents of each individual, regardless of ability, then discrimination is also being fought and will hopefully become a thing of the past. To learn more about promoting disability awareness read our article here.

Explaining a Disability in the Classroom

Equipment for Inclusion of Disabled People

Disability Discrimination and Your Rights

Disability and Health and Social Care
Share Your Story, Join the Discussion or Seek Advice..
Hi There I was treated appaulingly at 'Gosfest' ,a music festival in Gosport Hants. Everyday I complained by email to the festival organiser Paul Cobb, & everyday he was too busy to see me in person even though the situation got worse by the day. Eventually I nabbed him as he walked past & told him that treating a disabled person in such a way was morally reprehensible & illegal, he said it would be better next year. I'm so angry about what happened to me I want to complain but I dont know who to complain to. Can you help me? thanks Caz
Caz - 12-Aug-14 @ 3:04 PM
Title:
(never shown)
Firstname:
(never shown)
Surname:
(never shown)
Email:
(never shown)
Nickname:
(shown)
Comment:
Validate: