Home > Equality & Religion > Religion Laws in the UK and Abroad

Religion Laws in the UK and Abroad 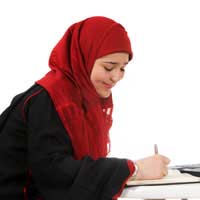 Religion and spiritual beliefs have become hot topics in modern society. Unfortunately not everyone knows much about religions other than their own and this lack of knowledge often confuses, frustrates or downright frightens people. Sadly, this ignorance can turn into discrimination against individuals of other religions. Though such discrimination is illegal in the United Kingdom, and international treaties have enshrined as a human right the right to freedom of religion and belief, religious discrimination does still exist in individuals' thoughts, attitudes and actions. Understanding the laws relating to religion and learning how to effectively fight religious discrimination are matters that anyone can undertake.

Religion and Law in the United Kingdom

Two main pieces of legislation protect the religious rights of all individuals in the United Kingdom. The Race Relations Act 1976 protects individuals from being discriminated against in employment on the grounds of colour, race, nationality, religious beliefs or ethnicity. The Employment Equality (Religion or Belief) Regulations 2003 forbids discrimination in employment or vocational training due to religion or belief. Though there is no particular list of religions or beliefs that are included in UK legislation, most major world religions and minority belief systems are recognised implicitly. If there is a question about what constitutes a religion or belief, an Employment Tribunal will be able to make a ruling.

Freedom of religion, belief and worship was enshrined as an inherent human right in the Universal Declaration of Human Rights (UDHR) which was passed unanimously by the United Nations in December, 1948. In the UDHR it is written that not only do all individuals have the right to freedom of thought, conscience and religion but that individuals have the right to change their religion and/or belief as well as the right to teach, practice, worship and observe in accordance with his or her religion and/or beliefs. Though the UDHR is not technically enforceable as national law, even in the countries which signed and ratified it, it is still the premier document that delineates the international belief in freedom of religion. The UDHR was reaffirmed, again unanimously, at the Vienna World Conference on Human Rights in 1993.