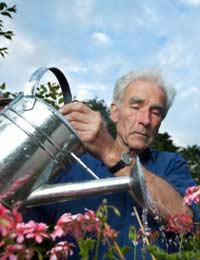 Older adults have lived through a lot of societal changes in their lives, many of them having to do with equality and equal rights. For some older adults it might be hard to truly understand these changes or to keep up with the ever-evolving opinions surrounding issues of equality and discrimination. Discussing the changes that they have seen, asking about their own views, explaining current laws, vocabulary and attitudes and talking about ageism are all ways in which you can easily discuss equal rights with older adults.

Very often a person's views are shaped by the events through which that person has lived. To get a feel for the context of an older person's views, ask him or her about the societal changes that (s)he has experienced regarding equal rights. Looking at the evolution of the rights of all races, genders and abilities, the rights of religious belief and expression and the rights associated with sexuality and age which have occurred during that person's life. Ask not only about the changes to legal statuses, but the corresponding opinions of society, the local community and even the immediate and extended family. Knowing what a person was taught or shown can be a good way to understand the thoughts and feelings that (s)he has developed about particular topics.

Once you understand the changes through which an older adult has lived, ask him or her about his views towards equal rights. It could be that comments made or actions observed do not tell the whole story of what a person believes. Don't talk down to an older adult, but question him or her as you would anyone else. Once you understand what (s)he believes and why (s)he believes it you will be in a better position to explain current laws, vocabulary and attitudes in a way that (s)he will understand and to which (s)he will respond positively.

Regardless of whether or not an older person agrees with current laws, vocabulary and attitudes towards equal rights, (s)he deserves to know and understand exactly what they are. For example, an older person may not be aware that a word which was previously employed to describe a group has become offensive and is no longer encouraged in popular circulation. Similarly, an older person may be trying to hide something about themselves because (s)he was taught that the trait was undesirable but deserves to know that societal attitudes have changed and (s)he will no longer be thought of negatively by the wider society. If something the person did or said was particularly offensive to an individual then this statement or action should be addressed directly.

It may be that in thinking of equality and equal rights an older individual has questions about his or her status due to age. Talk with this person about ageism - what it is, how it might be manifested, what can be done about it. Ask if (s)he has experienced any ageism and if so, work through the details of the event. It may be that the older adult didn't recognise this as discrimination and/or didn't realise that (s)he had rights in that situation. If needed, suggest ways in which the person could respond to similar situations in the future or let him or her know that you would be more than willing to help out if (s)he ever has a similar experience again.

Checklist: Standing Up for Your Equal Opportunities