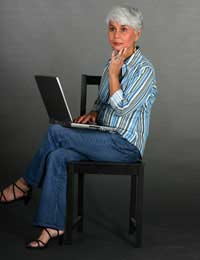 "Ageism" is a term that refers to discrimination related to age. Usually ageism describes discrimination against older members of society, those aged 50 years or older, though if a young person is discriminated against (s)he may also be to successfully claim that (s)he was denied his or her rights due to ageism. Unlike other forms of discrimination ageism is often frequently unnoticed in the United Kingdom. Regardless, every human being should be treated equally and anything less could be considered age discrimination. Unfortunately this is not always the case, but there is much that can be done to confront ageism. Confronting an individual (when it is safe to do so), reporting discrimination and educating others are all steps that anyone can take to help confront ageism.

Many individuals will make discriminatory remarks or jokes about others due to age, particularly if they believe that age affects someone's physical or mental abilities, and unfortunately these individuals often feel free to share their views with everyone. If it is safe to do so, confront such individuals with a short, no-nonsense approach such as by saying (with disgust) "I can't believe you just set that" or "What a disgusting sentiment". Even just one person speaking up can often turn the tide of a conversation, and may embolden others to show their disgust as well. Leaving a conversation shortly thereafter will help keep you safe from verbal or physical retaliation as well as help you make the point that you want nothing more to do with that individual. If you happen to see discrimination taking place, or if you are experiencing discrimination, let others know that you are aware of what is happening. This is often enough to stop the discriminatory practices. If it is not enough then leaving the immediate location and reporting the act of ageism is usually the safest option.

The Employment Equality Act (Age) Regulations 2006 protects people aged 50 and over from being discriminated against in the areas of employment and education. These Regulations discuss age equality in the hiring of new workers, how workers are treated in the workplace, and age equality in firing, redundancies and retirement (as well as the educational equivalents). If it is believed someone is in breach of this Act then taking them to court is one way of reporting and hopefully ending their ageist practices. Reporting ageism to local authorities is another method of calling attention to inappropriate practices, such as if ageism is experienced while receiving health or social care. Finally, reporting ageism to organisations working for equal rights may also help to eradicate such behaviours.

Though it is not right, it is often left up to the individuals who recognise discrimination such as ageism to educate others about why these practices are inappropriate. Often educating others about ageism is the first step in this process since it allows others to see that people of all ages are vibrant and have much to offer. If this is not enough to stop ageism, then educating others about the law and the consequences of discrimination - particularly if it pertains to their freedom or livelihood - may get them to stop their discriminatory thoughts or practices. If not, reporting discrimination and getting authorities involved will hopefully cause ageism to cease even if it might not change the perpetrator's attitudes.

Ageism is both inappropriate and illegal, but sadly it does still occur. Confronting individuals about their thoughts and actions, reporting discrimination and educating others about ageism are all ways to confront this discrimination when it does occur.